The following article is a paid advertisement by Conquest Imaging

Why Do All My Sonosite Probes Receive an Error When I Connect Them to My Sonosite Edge System?

Conquest Imaging shares what makes Sonosite's Edge Systems unique in the portable ultrasound system market, and how to support, repair and maintain this system. Have a question for the expert or want to find out more after reading these tips? Fill out the form at the bottom of the page to ask Brandon Giger a question directly.

When I connect a probe to my Edge system, I receive the following error: “An internal analysis indicates the TRANSDUCER IS DAMAGED.” What does this mean?

Your Sonosite Edge system may be enabled with a software feature that performs an analysis of the transducer each time it is connected to determine if it has been damaged. This analysis evaluates the integrity of the transducer, cable and connector. This feature was designed to prevent transducers that have been damaged from potentially causing damage to a system. Once a transducer fails this analysis it will be permanently identified as damaged by the software, and will be disabled if it is again connected to any Edge system that also has this feature enabled. 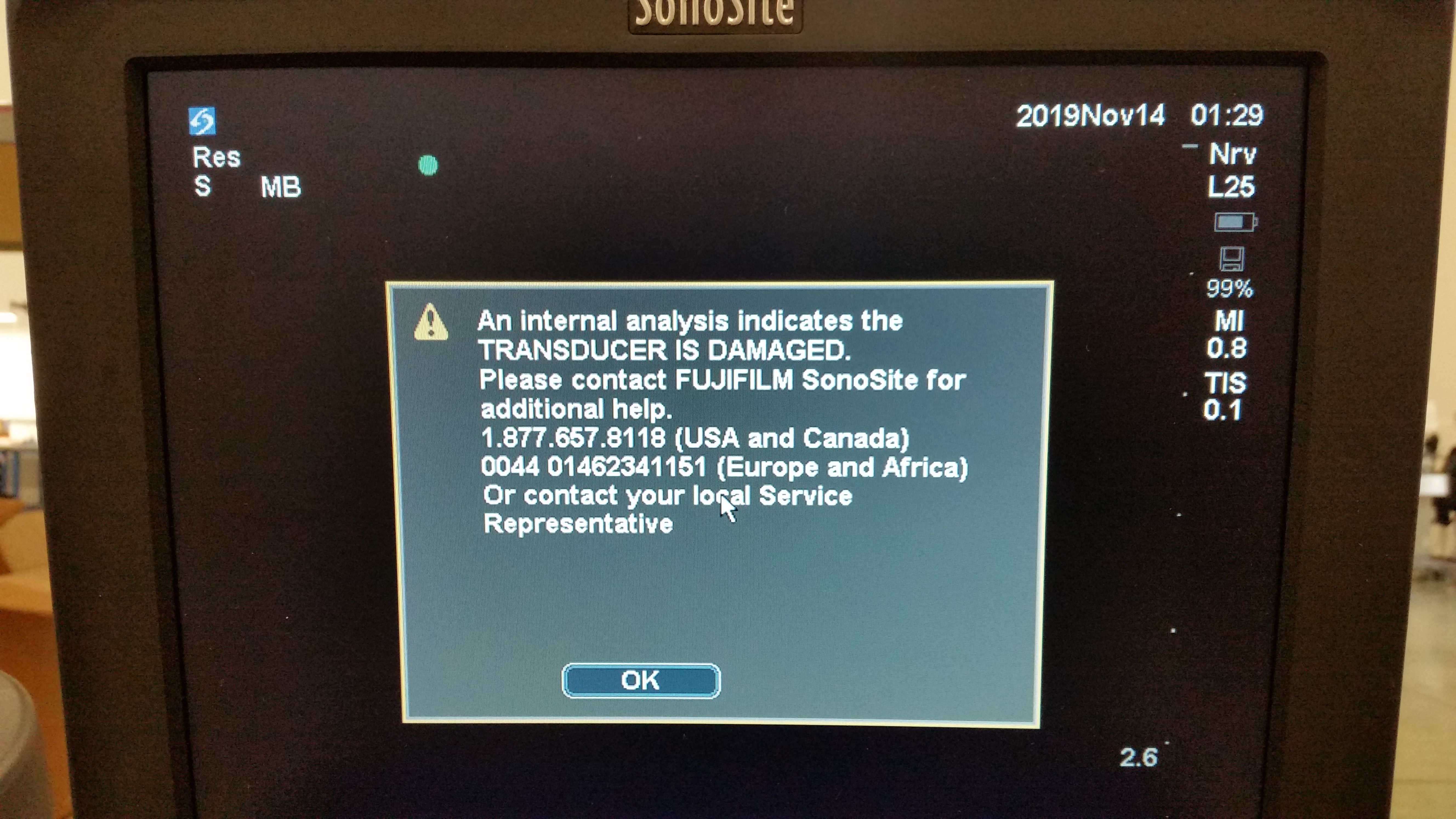 Once your transducer has been identified as damaged, you will need to send it in to a transducer repair vendor or exchange it with one of your suppliers.

What are some important things to know about Sonosite Edge systems, transducers, and their new transducer analysis feature?

Something important to be aware of regarding this transducer analysis feature is that, just as transducers can become damaged, so can the system performing the analysis. In the event that the system suffers certain types of damage, some unexpected things can occur with your transducers.

If you are using multiple different transducers with the same Edge system and the system suddenly starts telling you that all of your transducers are damaged, there is a good chance that it is actually the system that may have been damaged and not the transducers.

How can one determine if the issue is with the probe, or the system?

However, if every transducer that is connected to the system produces the same issue be it a “transducer is damaged” message or some other kind of issue, you likely have a faulty system. Both the system and all of the probes that have been connected to it will need to be sent to a qualified repair facility for evaluation and repair.

Can this problem come back after a repair?

Yes. Damage to a transducer can happen at any time, either due to wearing out over time or to a specific occurrence such as pinching, cutting, or compressing the cable. It is possible that a transducer that has previously been erroneously labeled as damaged by a faulty Edge system and was cleared of being labeled as damaged, can later actually suffer damage and be identified as damaged again. Check your probes regularly to try to minimize this risk before a probe damages your system.

What preventative maintenance items should be performed on a Sonosite Edge system?

Sonosite does not officially recommend any kind of periodic preventative maintenance on the Edge system. However, there are still things that can be done to avoid damage or degraded performance and increase the useable life of your Sonosite Edge system and its probes.

What other information do you think would be useful for a technician to know about Sonosite systems?

Not all Sonosite Edge systems have the transducer analysis feature enabled. Furthermore, whether or not this feature is enabled on any given Edge system is not necessarily clearly identified. To determine whether or not your system has this feature enabled, you may need to inquire with Sonosite technical support about what features and options are enabled with your particular software version and licensed options. Otherwise, you may not be aware of the presence of this feature until it suddenly identifies one (or possibly all) of your transducers as damaged.

Although we have focused on the Edge system, the newer Edge II system also has this feature, as well as some other newer models from Sonosite. However, all previous models such as the M-Turbo and S-Series, and older systems will not have this feature.