One moment please...
Sign In
Not A Member?Sign Up
Join MedWrench
Ask The Expert

With Stryker's decision to discontinue its line of cast cutters and related vacuums, the company also no longer offers parts or service support for this equipment. So what's next for these "workhorse" machines?

With Stryker's decision to discontinue its line of cast cutters and related vacuums, the company also no longer offers parts or service support for this equipment. So what's next for these "workhorse" machines?

Ask an expert directly! - MedWrench recently contacted Neil Blagman, one of the RPI Product Development Engineers, to learn what he thinks is next for the Stryker Cast Cutters. The answer may surprise you. Neil also offers his best Service Tips for the Stryker 940 cast saw.

Have a question for the expert or want to find out more after reading his tips? Fill out the form at the bottom of the page to ask Neil Blagman a question directly.

I understand that Stryker is no longer selling cast saws and blades – does RPI have plans to continue part support for both the older 800 series cast and autopsy saws as well as the newer 940 cast saws? 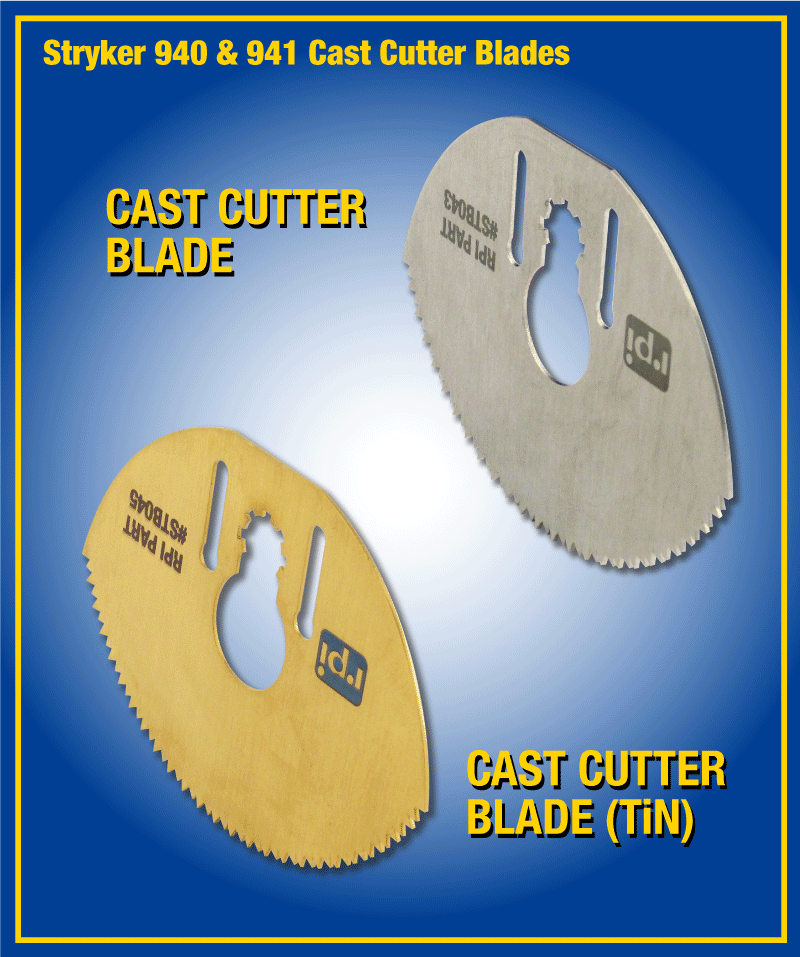 Yes! Not only will we continue selling our parts for these discontinued models, we have expanded our offerings by manufacturing blades for the 940 cast saws. Sold in several different versions, the RPI cast saw blades are long-lasting direct replacements for the Stryker 940 blades. RPI has also recently started selling parts for the model 986 cast vacuum and plans are in place to add additional repair parts for the cast vacuum systems.

I want to clean the armature of my 940 cast saw but I can’t seem to get the case open. Any suggestions?

The case on the Stryker 940 cast saw is held in place by 3 screws, only one is exposed. The remaining 2 screws are located behind the decal surrounding the power switch. You will also need to remove the brush caps and the brushes before you can remove the rear section of the case. 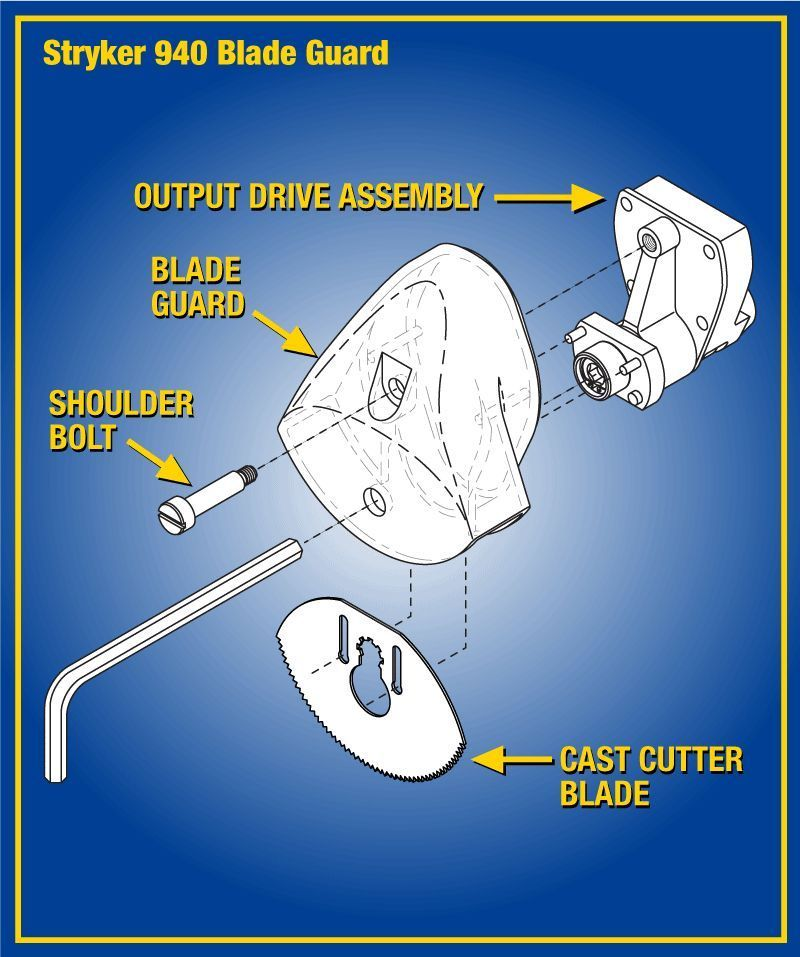 and rethreading it in after I replace the blade and clean the head.

Cast saws generate lots of dust and no matter how well the vacuum systems work, there will always be dust working its way into those threads. One solution you can try is a little bit of penetrating oil on the threads to help flush the dust out. However, if the threads are damaged, replacing the output drive assembly is an easy single part fix.

What kind of oil would I use in the head of a Stryker 800 series cast saw? How much should I apply when I’m replacing the oil wick?

You should use a light machine or sewing machine oil usually sold in a dropper bottle. When installing a new oil distributor, you will want to wet the felt until uniformly dampened without soaking it. And while you’re in the neighborhood make sure the oil seal and gasket are intact – they will keep the oil from leaking out and will prevent the entry of cast dust.