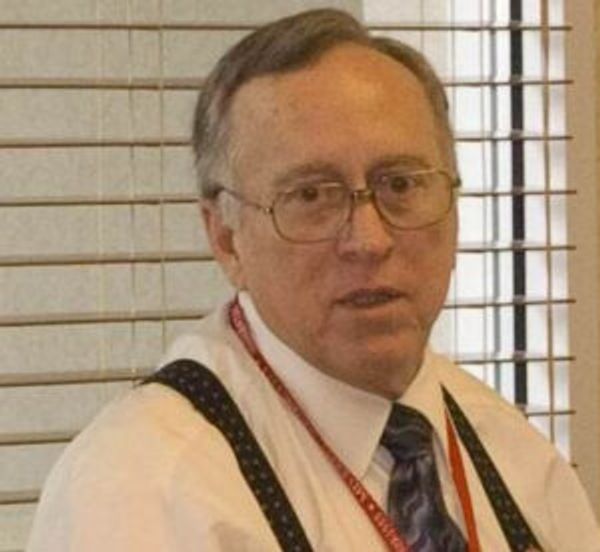 “Dr. Mike O’Rear passed Thursday, December 15, 2022. He performed the duties of GBIS Trustee for many years and served several other positions to include president, secretary and treasurer. He was one of the original GBIS pioneers to help develop GBIS into a state of Georgia biomed association,” Hunter said.

“Dr. Mike” was known by many and had a giving spirit. He always volunteered to be in charge of the education and training classes for the GBIS annual conferences.

“Dr. Mike would light up a room when he entered. He enjoyed having his picture taken with everyone he would meet. He cherished family, friends and community above himself,” Hunter said.
“He was a backbone to the GBIS family and an inspiration to his fans. To say he left a legacy would be an understatement and his positive impact will continue to be felt forever.”

GBIS will be developing a memorial to honor Dr. Michael C. O’Rear.

“He was a true pillar in our industry,” Krieg said.

MD Publishing Vice President Kristin Leavoy recalled how wonderful it was to see O’Rear at the recent MD Expo in Atlanta. It was perfect for O’Rear to be in attendance as MD Expo celebrated its 20th anniversary.

In January 2012, he became the adjunct professor of biomedical engineering technology. He decided to go back to college, and he attended Georgia State University, where he earned his Ph.D. in human resource development (training) in 1995, after that he became known as “Dr. Mike.”

He was not just a professor to his students, “Dr. Mike” truly loved each and every one of his students. He was always there for them and willing to help them with anything they needed, even if it was for help with assignments from different professors or if they had already graduated and were working and just needed some assistance with anything. The family would like to let all of his previous students know that he truly loved and cared for them.

He was a member of the Institute of Electrical and Electronic Engineers, the Atlanta Area of Biomedical Association, Georgia Biomedical Instrumentation Association.

During his free time he enjoyed spending time with his family, especially his grandchildren. They would watch college football, go to the gun range, play games and tell jokes. Mike was in The U.S. Army where he served for 6 years. He joined the George State Defense Force, was an active member of the DAV.

“The family would like to let everyone know that they were proud to share him with you!” according to an obituary.

The HTM community will forever be thankful.