hey, guys . On the c-arm, i get the code interlocks open. what does that mean and what is a way to resolve it?
Report Post

+24V generator interlock circuit has been opened. The interlock circuit provides a means to halt system operation through software when the
Technique Processor detects a major system fault or through hardware when a FAST
STOP switch is pressed.
The FAST STOP switches are located on either side of the control panel housing. The
message, INTERLOCKS OPEN, will appear on both control panel displays when either
FAST STOP switch is pressed. This is considered a fatal error and is recorded in the
EVENT.DAT file. The system is still powered at this time and a system re-boot can be
commanded by pressing any key on the control panel.
The interlock circuit is comprised of the following circuits:
·  CPU INTERLOCK
·  FAST STOP
·  +24V INTERLOCK
·  JUMPER E5 / RELAY K4
CPU 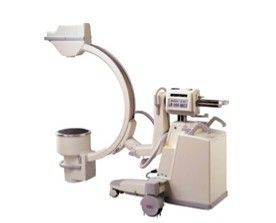